Whether we like it or not, Naruto is a story of faith.

All this talk about destiny, about dreams, about prophecies, and about believing in someone tells us indirectly of the theology/sprituality of the Naruto series. This we can't deny, no matter what our religion or philosophy, or sets of beliefs are.

Indeed, there would be no prophecy without the God who told the word to the ancient frog sage, and who made the J-man wander and stumble upon the mystical world of the frogs in the Myobuku mountains. That fateful encounter between the Frog Sage and Jiraiya was an affirmation of the prophetic word and the reality of its ultimate Source.

The frog sage acknowledged this, and shared the prophecy -- and the faith/belief that necessarily comes with it -- to Jiraiya. As it was transmitted in faith, the prophecy comes as some sort of a divine command to our J-man. Jiraiya must be a student of life, and its servant. He must travel the whole world and write a book, and then make a decision that will make or break the world. Such were the words of prophecy/command to Jiraiya. All the wisdom and learning he receives from life and from the people he meets along the road, friends and enemies alike, would be significant factors in his writing the book that would change the lives of two children, and consequently through them, change the rest of the world.

It is indeed, all comforting that in the end, Nagato decides to believe in Naruto and then acknowledges the hand of God. This act of faith means that Nagato indeed was the Child of Prophecy. It was the faith that used to be lacking in him, or that which he has lost, but has finally decided to restore . . . to resurrect, so to speak, was what confirmed him the Child of Prophecy. So the Frog Sage acknowledges this in front of Gamabunta, ?I never imagined that both Jiraiya?s students would be the children of prophecy . . . the ones who will lead a revolution in the ninja world.?

As I was saying, the prophecy required faith . . . faith in the truthfulness and goodness of the God who uttered the word, so that the power and the new life that is hiding within the prophecy may be revealed. All significant characters we have seen so far, most especially, as their true characters are developed towards and until the high points of the story undoubtedly depict persons of deep faith. It was the faith that significant persons gave Naruto that made him the person that he is, it is what made him powerful -- more powerful than even the modern reincarnation of the legendary Sage of the Six Paths." The real power that Naruto has, comes from within," someone among us has spoken the truth. It was his "never give-up" kind of faith . . . that made people want to believe in him, too.

Whether we like it or not, Naruto is a story about faith; and to us readers, it poses, thus, the same question and challenge.

Did you not read the FIRST HALF of Naruto, where it was heavily implied that one carved out one's own destiny- points at the Hyugas- and that faith was a dangerous thing- see Kimimaro, and to a lesser degree, Haku, young Gaara, etc..

And even more relevant- Nagato said "PERHAPS A GOD" and it has been stated that the shinobi believe in 'GODS' and not 'A GOD,'- note that he did not say 'THE,' either- with Kimimaro, the poor sap, being the only exception. Even more relevant is the fact that the prophecy has not yet been fulfilled.

If nothing else, your entire argument is fallacious because of one thing:

Please do not use a fantasy manga aimed at 13-year-old boys to justify belief in a higher power.

Hello Gaawa-chan. Thank you for reading my blog and leaving a comment. I do appreciate your views.

I am not 13, and I don't think you are also; but i think you will agree that no one can prohibit us from reading/watching it... and from finding significant insights and meaningful reflection on life from it.

Naruto, the anime/manga series has indeed inspired me to love life and to believe in hope as a higher power... and would want to share it to others who may want to share the treasure with me.

Nonetheless, pardon me if my reflection has struck a sensitive chord in your psyche.

I further seek for your pardon if I get the impression that you harbor a grave dislike and/or a misconception of what "faith" is. Moreover, I think that you must have confused it with another word, which is, "fate"; or maybe, that you have read a different translation of the manga.

I do agree, however, with your point that if "faith" is misdirected -- that is, if you believe in something not worth believing, trusting, loving, and giving your life to -- it can really mess up one's life and those of others. One can really end up with a painfully miserable existence. Worse than death, itself.

But if one has the right/mature faith -- (1) if it is formed and nourished by truthfulness/honesty, justice/righteousness, and love/compassion; and (2) if the object of your faith possesses the virtues just mentioned-- then it can make a whole lot of difference... especially to someone who may have already lost hope, and may have given up on the search for the meaning and purpose in living.

Believe or not, but true faith can and just might save a life. It saved mine... as I would have been dead by now.

I also agree with your sentiments that Naruto as a fantasy manga hardly suffices as a justification for a belief in a higher power. And I never aimed to use such an inadequate material for an endeavor that is so big and yet so personal as justifying the existence or the benevolence of God...

Besides, I don't even intend to justify God. I am, myself, gravely inadequate. Nothing, no one is... truly adequate.
But if justification is even possible, then no one can do it or give it but God Him/Her/Itself. 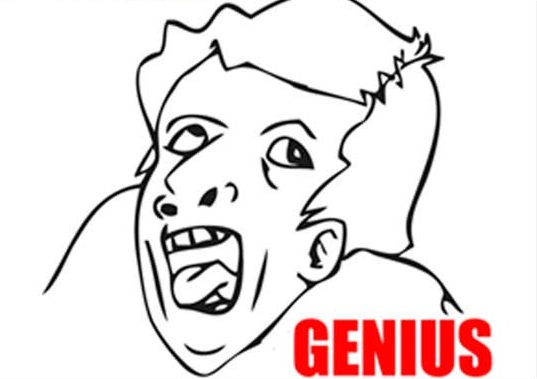